A new contender has emerged for the title of best rapper alive: An AI dubbed the ‘Home-made Rap Machine. 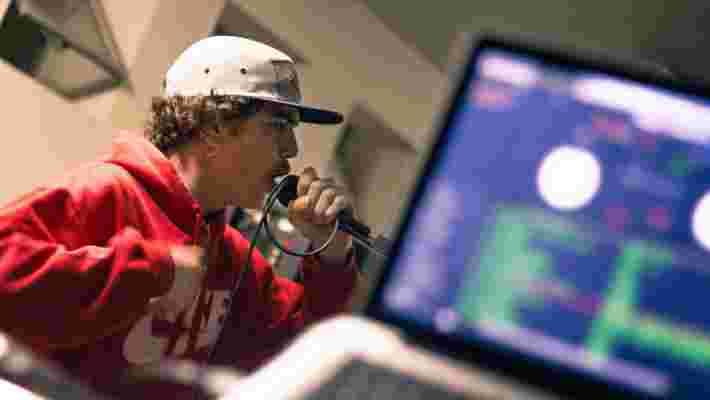 Li Yang Ku , a researcher at robotics firm Vicarious AI, trained the neural network to rap by feeding it classic lines by MCs including Jay-Z, Kanye West, Eminem, and Snoop Dogg. He then entered some of his own rhymes as an input and asked it to complete the rap.

Li described the results as “entertaining but with limited success,”

It did show a reasonable grasp of slang, responding to the input “No rap is free, this thing cost me a fee” with “I got a whole lotta guap on me,” as well as respectable swearing skills, answering the line “If you don’t like your output rap” with “Where the fuck am I going back.”

Like so many modern rappers, it tended to value style over substance.

“Occasionally it will rhyme if your sentence ends with a common word but most of the time it’s just a weirdo spitting out random sentences with a semi-rapper attitude,” Li wrote .

The “Home-made Rap Machine” joins a growing roster of AI rappers, ranging from the DeepBeat lyric generator to a Travis Scott impersonator .

Li developed his creation with a different model to those used by its predecessors. The system generates rap lyrics using a transformer neural network, an architecture designed by Google Brain to deal with sequences in data.

Transformer is particularly useful for language-related tasks, as it can learn the relationship between each word in a sentence. Li suspected this would help it work out which words rhyme together, and ultimately produce a smooth flow.

He initially collected around 180,000 lines of rap from 14 different artists. This total was then cut down to 50,000 lyrics that rhymed with another line.

We put its mic skills to the test by feeding it some classic lyrics and then checked if it could spit bars like the hip hop legends.

First up was Grandmaster Flash & The Furious Five: “Don’t push me cause I’m close to the edge / I’m trying not to lose my head,” which generated a rather lazy “So I can’t put it in the bed.”

Not bad for a rookie rapper, but it’s probably not time for Jay-Z to hang up his mic quiet yet.

Next, we gave it something more contemporary from Migos: “Rain drop, drop top, smokin’ on cookie in the hotbox,” which produced the output “we gon’ be yellin’ for you.”

That doesn’t even rhyme — but there’s probably a good explanation for that.

“It seems that it was able to learn to make the last word rhyme if the input is not too different from common rap lyrics,” Li wrote on Reddit .

Maybe something more personal would do the trick. We tried the prompt “Yo Tom, this was a great article,” which created an impressively threatening “put me on the phone and split you to particles.”

Finally, we attempted a more topical input: “Do I have the coronavirus?” (asking for a friend)

The response: “run up in the club with me baby.”

You can see if your own lyrics can generate better rhymes by trying out the machine here .

How to choose the right laptop...